“Young adults with social phobia and anxiety, people with recurrent depression and cancer patients all benefit significantly from following an eight-week programme with mindfulness.

This is the conclusion of three Danish studies, which have been published in major clinical psychology journals and which have now been gathered in a PhD thesis.” Read full article…

Mindfulness involves bringing one’s complete attention to the present experience on a moment-to-moment basis. When you are being mindful, you’re conscious of the flow of thoughts, impressions, feelings and impulses in the present moment with a friendly and accommodating approach. (Photo: Colourbox)

Psychology Today reports on a study by neuroscientists which shows that meditation alters brain activity in a positive way.

rain waves of meditators show why they’re healthier. Neuroscientists have found that meditators shift their     brain activity to different areas of the cortex—brain waves in the stress-prone right frontal cortex move to the calmer left frontal cortex. In other words, they were calmer and happier than before. ”

“Maybe meditation isn’t so mysterious after all. Neuroscientists have found that meditators shift their brain activity to different areas of the cortex – brain waves in the stress-prone right frontal cortex move to the calmer left frontal cortex. This mental shift decreases the negative effects of stress, mild depression and anxiety. There is also less activity in the amygdala, where the brain processes fear.

Jon Kabat-Zinn, Ph.D., of the University of Massachusetts Medical School, recorded the brain waves of stressed-out employees of a high-tech firm in Madison, Wisconsin. The subjects were split randomly into two groups, 25 people were asked to learn meditation over eight weeks, and the remaining 16 were left alone as a control group.

All participants had their brain waves scanned three times during the study: at the beginning of the experiment, when meditation lessons were completed eight weeks later and four months after that. The researchers found that the meditators showed a pronounced shift in activity to the left frontal lobe. In other words, they were calmer and happier than before. The study will be published in the next issue of Psychosomatic Medicine.” Article from Psychology Today

Oxford University study indicates that Mindfulness Based Meditation assists in wellness of people who have recurrent depressive episodes.

“People with severe and recurrent depression could benefit from a new form of therapy that combines ancient forms of meditation with modern cognitive behaviour therapy, early-stage research by Oxford University psychologists suggests.”

“Previous research has suggested that half of MS patients suffer from depression during their lives and that anxiety disorders affect one in four. About two-thirds say they feel fatigued, with up to 50% saying fatigue is their most disabling symptom.

Researchers at University Hospital Basel randomly assigned 150 patients to either take part in an eight-week meditation program based on “mindfulness” or receive regular medical care. The study defined the meditation, which included yoga, as “nonjudgmental awareness of moment-to-moment experience.”

The participants in the mindfulness meditation program reported lower levels of fatigue and depression for up to six months than those receiving standard care. And the meditation participants had better quality of life, according to the study findings, published late last month in the journal Neurology.

Those in the meditation program, in fact, improved in almost all the measures of fatigue, depression, anxiety and quality of life, while those who received usual medical care declined slightly on most of the measures. For instance, those who took mindfulness training saw their depressive symptoms drop by more than 30% than those study participants who took no training.” (emphasis mine)  Read more… 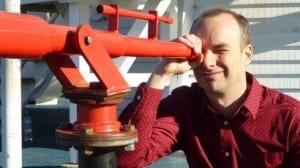