As employers are more aware of their responsibility for the health and well-being of their staff, they are keen to provide training in practices such as mindfulness, which are excellent for reducing stress as well as increasing mental well-being.

Mindfulness has the added benefits of making it easier to focus and concentrate on the task at hand as well as improving self-awareness and emotional intelligence and therefore communication and relationships with fellow workers.

Mindfulness Works is a leading provider of mindfulness training and education in both New Zealand and Australia, with a special focus on:

OUR TRAINERS ARE WHERE YOU NEED THEM TO BE

We have a network of mindfulness trainers throughout both New Zealand and Australian Mindfulness Works is a trans-Tasman organisation comprising the region’s largest group of professionally trained mindfulness educators.

TRAINING AS BIG OR SMALL AS YOU WANT

As the largest mindfulness training organisation in New Zealand and Australia, we can easily deliver anything from one-hour small presentations to conference seminars and presentations to national ongoing workshops to trans-Tasman and online offerings.

We can provide experienced, specialist Mindfulness Trainers across both Australia and New Zealand.

We can provide in-house training programmes from small groups and small businesses to large groups and national or multi-national businesses.

We have a selection of excellent speakers and presenters on mindfulness who can speak at conferences and seminars and as after-dinner speakers. The talks can be humorous, indepth, with a focus on the science behind mindfulness or as down to earth and practical as you like.

We can deliver one-off workshops within your organisation. These can be an hour long, a few hours long, half a day, full day or multi-day events.

We can provide ongoing support and training for your organisation and staff. This can include one-on-one mentoring, regular mindfulness groups, online live video support — whatever suits you best.

We can provide you with both on-demand or live online mindfulness programmes.

We can provide trainers who are experienced working with CEOs, leaders and senior managers in either a group or one-on-one format in a mentoring capacity. 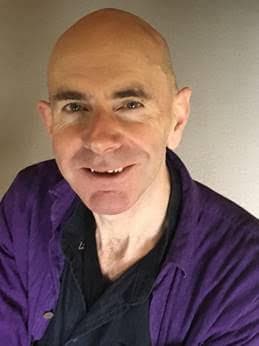 Stephen Archer is a mindfulness educator, presenter, principal of Mindfulness Training and lead trainer and supervisor for Mindfulness Works, the largest network of Mindfulness facilitators in Australia and New Zealand.

He is passionate about helping people to learn mindfulness and discover its benefits. Stephen is an engaging speaker and trainer providing practical and original perspectives on practising mindfulness in the digital age.

He has been involved with mindfulness for over 35 years and began practising while he was finishing a degree in Eastern studies in the UK. At the age of 23, Stephen was formally trained in mindfulness as an ordained Buddhist monk in the Thai forest tradition. His training included working closely with different teachers and completing a number of long solitary retreats to strengthen his practice. Thirteen years later he emerged from the monkhood with the intention to offer his skills and learnings to the general public.

During the last 20 years Stephen has run workplace mindfulness trainings for organisations including Westpac, Kiwibank and Air New Zealand, delivered courses in healthcare and prisons, and assisted the Mental Health Foundation of NZ to develop their approach to mindfulness. He has worked at the Leadership Development Centre in Wellington running year-long mindful leadership programmes and is also a trustee of Te Moata, a retreat centre and nature sanctuary in the Coromandel, www.temoata.org where he has led over forty public 7-day residential mindfulness intensives since 1996.

Just some of the organisations Stephen has worked with…

“We have used the services of Mindfulness Training Limited to help us to develop our Wellness Programme and Policy at Air New Zealand Cargo. During the period of programme development and in conducting training of our workforce, I have found Stephen Archer to be knowledgeable and professional in his approach to the subject of wellness and workplace stress. Stephen has presented to two target audiences, namely half day sessions for managers and 90 minute sessions for shop floor employees, both of which have been well received.” 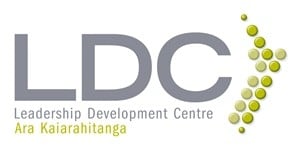 Praise for Stephen Archer and Tim Roberts as Mindfulness Trainers for the Leadership Development Centre.

“Stephen and Tim are terrific teachers – insightful, patient and inspiring. I truly believe that the practice of mindfulness is completely relevant in a work setting – busy people in the workplace, especially those charged with leading teams or solving thorny problems (and that would be all of us!) need to find a way to bring the signal to noise ratio into balance. Mindfulness helps mightily with this, and will encourage you to bring a sense of ease into your interactions with people and in the way you seek solutions or insight.”

“Stephen and Tim aren’t reading off a script about abstract concepts. These guys are in the real world and have had a wide range of experiences in the real world that are of huge value. Based purely on the feedback I have received, the work I have done with them has been the most effective leadership development I have done in the last two years. Their work will provide insights into how to be a grounded, centred and authentic leader.” 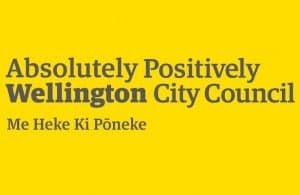 “It has been a wonderful experience having Stephen Archer offer mindfulness training in our workplace. It has provided a very beneficial space for people to learn how to relax and renew themselves at work. It certainly has helped me to reduce stress and be more at ease in the workplace. Participants have formed an ongoing group so that they can continue to practice what they’ve learned. I think everyone has received something of value from this course and that it has made a significant contribution towards fostering a culture of wellbeing and effectiveness in our organisation. I’d recommend this training to others. Thank you.” 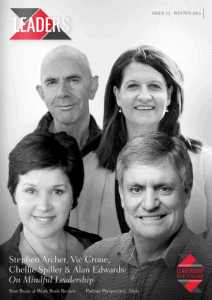 Mindfulness for managers and leaders in NZ

International Companies That Use Mindfulness

“Richard Fernandez, director of executive development and a psychologist by training [at Google] , says he sees a significant difference in his work behavior since taking the [mindfulness] class. “I’m definitely much more resilient as a leader,” he says. “I listen more carefully and with less reactivity in high-stakes meetings. I work with a lot of senior executives who can be very demanding, but that doesn’t faze me anymore. It’s almost an emotional and mental bank account. I’ve now got much more of a buffer there.”   New York Times April 2012

For Karen May, vice president for leadership and talent, S.I.Y. is a useful tool on several levels. “We have great people,” she says. “Now how do we keep them? Teaching employees with terrific technical abilities also means helping them to develop presentation skills and communication skills, helping them to understand their impact on other people, their ability to collaborate across groups and cultivate a mentality from which great motivation can spring.”  New York Times April 2012

“The practice of mindful leadership gives you tools to measure and manage your life as you’re living it. It teaches you to pay attention to the present moment, recognizing your feelings and emotions and keeping them under control, especially when faced with highly stressful situations. When you are mindful, you’re aware of your presence and the ways you impact other people. You’re able to both observe and participate in each moment, while recognizing the implications of your actions for the longer term. And that prevents you from slipping into a life that pulls you away from your values.” – Bill George, professor of management practice at Harvard Business School and former chair and CEO of Medtronic.

” Google’s “Search Inside Yourself” programme has introduced mindfulness to more than 1,000 employees. “ Financial Times Magazine August 2012

“Aetna, one of the largest healthcare benefits companies in the US, began rolling out mindfulness and yoga programmes to its employees in 2010. The initiative was dreamed up by Aetna CEO Mark Bertolini, himself a meditator. After attracting 3,500 employees, Aetna this year began offering workplace meditation and yoga as a service it sells to customers.”  Financial Times Magazine August 2012